The idea of the operation which my Mother should undergo has given me a little bit of light, of illumination, and of inspiration for saving her. I did not want her to die at the age of fifty-six.

I contemplated that the factor of time was important, crucial and determinant in the struggle against this monster. I, the time and the Evil that has struck my Mother were in a severe, hard and extenuating race. In fact, we should have been the three, in this race since a long time.

The operation was the only and perhaps the last battle regarding her destiny, I started reasoning. The hospital of our doctor was the first thing that passed in my spirit, in my mind at that moment when my Mother was looking at me. 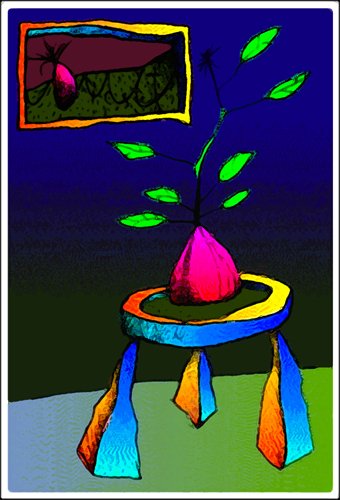 But all of a sudden another hospital came to my mind, found in the City of the Brotherly Love, in Amman, which was established so many years ago, perhaps in the late twenties, by the Italians in the time of Mussolini. However, and after a long thinking and reflection I preferred the hospital of our distinguished doctor to that of the strangers. I made my preference without knowing why.

"Why; why go to the hospital?" She asked. "Is there anything serious, my son? Tell me the verity, my son".

In addressing me the last words, she was speaking in a low, weak and even suffocated voice, as if she was not willing or inclined to know the reality.

The atmosphere in the waiting room of the medical clinic has become all of a sudden heavily strained, tense and charged with fear and fright. We the two, could not know how to communicate to each other. We felt that the monster was amongst us, or more exactly, in the entrails and bowels of my Mother, in that part of her body where I was created from nothing till the moment my small heart began to beat… where my body has been nourished.

For the first time in my life I began feeling that I was in danger, an imminent danger, like my Mother. The monster was there, in her body. The monster has decided to settle down and to install himself there where I lived for nine months. I wondered whether this monster was really in the small world where I lived the most important period of my life.

"Mother, the operation is essential and inevitable. This operation would be an exploration in the world of the unknown. The operation would be carried out so as to verify the nature and the magnitude of the disease. This is all what I have to tell you at present. The doctor has advised me to take you at once to his well known hospital and the sooner the better. I have taken the decision to take you to the hospital immediately and without delay and without going to our house. My father is at present, and as usual, in his tailoring workshop. He is extremely busy to gain the daily bread for the members of the family. My younger sister is perhaps, and as usual, busy in her social visits of some of her close girl friends. My elder sister is always occupied, since a long time, with her many children and she does not usually visit us. My half-brother has never, never visited us. While my younger brother is a sort of a robot and does not have any opinion or position regarding the problems of life and death." said I to my mother.

"My son I am quite aware of all of the facts and the bits of information which you have just presented and explained to me. You should know that I accept without reticence what you are going to do. I am sure that you know all, everything, and nothing escapes your attention. You are a wise and a blessed son. You do not know except the right path." said my Mother.

A heavy and astounding silence dominated the atmosphere in the waiting room of the medical clinic. We started looking at each other without saying a single word. But few minutes later a lot of tears started pouring out of the eyes of my Mother while I was looking at her. I thought that she was dominated by some fear of the unknown and of the future.

This opinion, even this belief, as expressed by her, "that I know all, everything", did not astonish me at all. Because during this epoch when these events of her illness were taking place, one could find, in one and of the same family, young members who were highly educated and who graduated from the best universities of the Middle East, such as the AUB (The American University of Beirut). Also one could find members of the same family who never went to a school at all.

Obviously, there have been some variations in this classification of people from one family to the other. I, myself, being, more or less, educated, an AUB graduate of the Forties, encouraged my Mother to have full confidence in me. And this is why she said that I knew all. However, and in reality, at that moment, I felt myself completely lost and not knowing what to do.

That moment was unforgettable, ineffaceable and memorable. I would never, never forget it. I was overwhelmed by a strange sensation and a feeling of helplessness and confusion.

I was wondering whether the hospital of our doctor in our City, Amman, was really the best choice in the whole country of the two Banks of the Sacred River.

Even I raised the question concerning the availability of a surgeon of high qualifications and capabilities that would enable him to carry out the required operation in the hospital established in our City of the Brotherly Love. 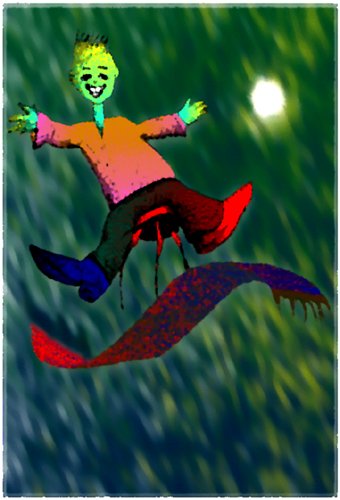 This Holy City, Jerusalem, that exists there since the eternity, that stands there on the summit of the plateau like a beautiful young woman, smiling always, could save her.

In this Holy City, the place of the Nocturnal Ascent to Heavens of our prophet Muhammad, and the place where resides in her heart the Sanctuary, the Saint of Saints, I had the chance to have been there in the spring season of my life. I was there as a small boy when I used to accompany my father in his two commercial journeys, that of winter and that of summer. Or, I was there as an adolescent, a student, in one of the high schools in one of the suburbs of Jerusalem.

How many times had I erred and wondered all alone in the Mountain of Olives. There, I was looking in the infinity and I was contemplating the Sanctity while it was extending itself till the depths of the blue skies, of Heavens.

How many times had I seated myself near the foot of the great magnificent wall that surrounds Jerusalem since a long time in contemplating the serenity of the small alleys and the narrow streets that extend melodiously in front of me till the divine ecstasy?

I said to myself that on the summit of one of the hills of the Sanctity, there was a well-known hospital. For some time, I felt that I was lost and I was hesitating to take any decision.

I felt that I had to make a decision between two cities, that of the City of the Brotherly Love, Amman, and that of the Sanctity, Jerusalem. I did not discuss this critical and sensitive problem of the choice between the two cities with my Mother who was looking at me as if she was dreaming.

The two factors of time and distance, which if they had been considered they would have favoured the choice of the City of the Brotherly Love, have not been considered at all in making the final decision.

While we, my Mother and I, were living in the world of dreams, a call from above has come asking me to travel to the Holy City, to Jerusalem, there beyond the Valley of the Holy River and the Sea of Death. There, perhaps, I contemplated that the Hospital and Heaven, the sciences and the sacredness would realize, together, a miracle for saving my Mother.

My Mother in listening to me has given a strange smile and has said: "As you want, as you want. Let us go to the Saint Abode. I have felt, my son, the moment you have mentioned the Sanctity that we are actually in a dream. However, my son, the distance between our City and the Holy City is more or less long and I would be extremely far from the family in the hospital there." she told me.

"What does it matter the distance or the family? I would be with you day and night. I would never leave you even for one minute. Do not forget that there you would be in the bosom and in the heart of the Sanctity". I told her.

"Do not speak like this to me my son." she interrupted me. "I could not understand what you have just told me. I feel as if I am already dead. Or am I, or are we in a dream, my son?"

Outside of the medical clinic of our doctor, the sun has started to sink into the horizon as a preparation for the total eclipse and sunset. Through the window of the waiting room I could see the horizon full of the colour of the sinister twilight.

By miracle and by a Holy gesture, the body of the small black sparrow that faced its death in the window of the waiting room was no more there. Where was it, where did it disappear? I asked myself for several times. By chance I saw the black sparrow in the depth of the horizon bleeding and striking its two wings in flying towards the west where the sun, after a short time, has disappeared in the midst of the Sanctity. My thinking and my mind remained totally occupied by the wounded and the bleeding small bird. I could not free myself from remembering the way the sparrow faced death and the way it was resuscitated.

I rubbed my eyes to be able to see better that which seemed to me in a miracle, a miracle, a miracle, the Resurrection. "Are we really in the time of miracles?" I demanded. Or was not this but a dream, a dream, far from the real life, far from the reality, a dream. Probably I have been living in a dream. Could a dead sparrow be resuscitated? For a number of years later on I continued remembering the death of the black sparrow and its Resuscitation.